Kerry James Marshall Who's Afraid of Red, Black and Green

In the early 90's Kerry James Marshall's paintings were shockingly different. They were realist paintings, when no one was making that type of work, but they were also the first works I'd seen depicting life in the black community. Later I got to know the work of Jacob Lawrence and others, but at the time I was acutely aware that I had never seen the lives of poor or middle class blacks represented in this way in the galleries. Marshall continues to mine the absence of black life in the cultural currency of the museums in this new show at Session in Vienna.  Marshall refers to being overwhelmed by White figure representations every time I go to a museum. It is almost universally understood that these images are the foundation of art in the western world.

Who's Afraid of Red, Black and Green links a color field painting of Barnett Newman of the same title with the pan African flag colors of Black Power and Civil Rights movement. What I really love about Marshall's work is his ability to engage with the history of painting and all its biases and still maintain a luscious dialogue with the material and pleasure of paint itself. 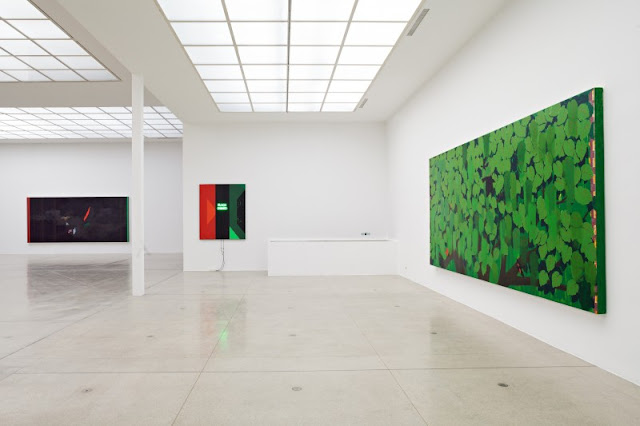 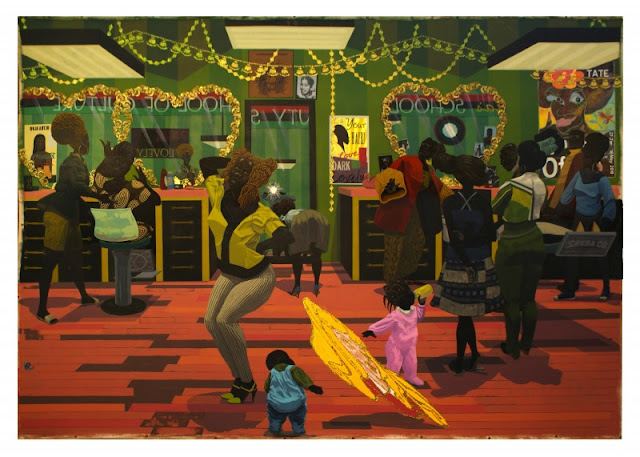 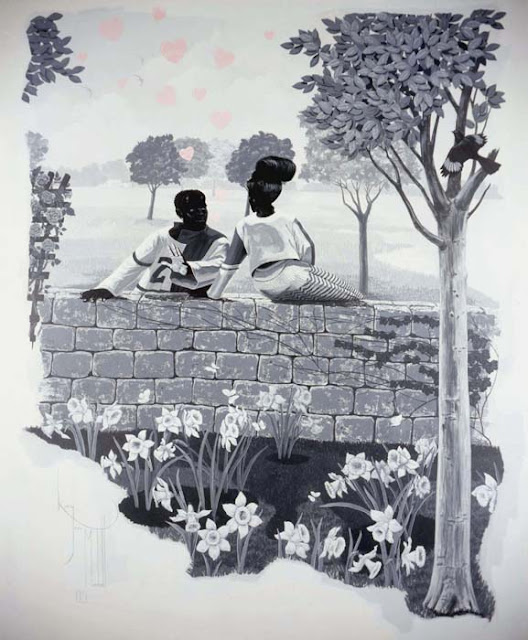