Mary Kelly's  Habitus and Mimus (2012) are on view at Rosamund Felsen in Santa Monica.  Working from the testimonies to the House Un-American Activities Committee from the activists in the Women Strike for Peace movement, Kelly immortalizes the ideological idiocy of the time. Her process of embossing language into lint preserves both bomb shelter construction diagrams and the testimonies in our own ephemeral detritus. 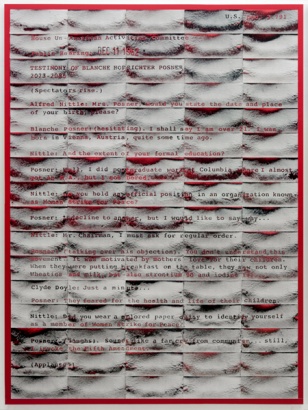