A good cup of tea is the solution for many problems and Jeremy Deller's project, British Magic, for the British Pavilion embeds the tradition into his exhibition.  Charlotte Higgins reviews the show for the Guardian in which she quotes Deller describing the pavilions as a personal museum of the nation's history.


It includes drawings by inmates of a high-security prison; a vast mural of William Morris sinking oligarch Roman Abramovich's yacht in the Venetian lagoon; and another in which a giant hen harrier crushes a Land Rover. The last is a reference to the incident in 2007 when two of the endangered birds were shot over the Sandringham estate when Prince Harry and a friend were out shooting. The exhibition reflects, said the artist, his "love-hate relationship" with Britain.

The final room in the pavilion is lovely tearoom where you can grab a perfect cup of tea. 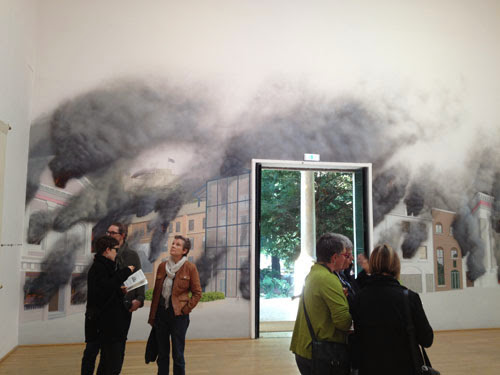